After a long and anticipated wait the 2020 Lucas Oil Pro Motocross Championship, sanctioned by AMA Pro Racing, officially got underway on Saturday with a historic first visit to Tennessee’s famed Loretta Lynn’s Ranch. The season-opening Circle K Loretta Lynn’s National marked the first time professional riders competed at the iconic amateur motocross venue, meaning it was anyone’s guess as to who might prevail victorious. After a pair of grueling motos across each of the series’ two divisions it was Rockstar Energy Husqvarna Factory Racing’s Zach Osborne who earned his first career win in the 450 Class, while Monster Energy/Star/Yamaha Racing’s Dylan Ferrandis was dominant in the 250 Class with a 1-1 sweep of the motos.

The first 450 Class moto of the afternoon saw the pair of JGRMX/Yoshimura/Suzukis at the head of the pack, with Freddie Noren edging out Joey Savatgy for the MotoSport.com Holeshot. The teammates battled one another for the lead, which allowed Rockstar Energy Husqvarna Factory Racing’s Jason Anderson to take advantage and get around both riders before the conclusion of the opening lap. The clear track proved to work into Anderson’s favor as he quickly surged out to a multi-second lead.

Both Noren and Savatgy continued to receive pressure from a slew of riders and started to lose additional positions, with Red Bull KTM Factory Racing’s Cooper Webb soon taking over second and Team Honda HRC’s Chase Sexton slotting into third. Behind them, reigning three-time champion Eli Tomac was battling his way forward as well, pushing his way into a three way fight for third aboard his Monster Energy Kawasaki alongside Osborne and Sexton.

As Anderson continued to build on his lead and Webb asserted himself into second, the fight for third persisted and forced a miscue by Sexton, who went down and lost multiple spots. That allowed Osborne to take over third and moved Tomac into fourth. A determined Osborne kept his charge going and it allowed him to close in on Webb. After spending several laps in pursuit of second, Osborne took advantage of Webb’s difficulty getting by a lapped rider to move into the runner-up spot. Behind this battle Tomac started to lose touch with the leaders, which put him into the clutches of Monster Energy Yamaha Factory Racing’s Justin Barcia, Red Bull KTM Factory Racing’s Marvin Musquin, and his Monster Energy Kawasaki teammate Adam Cianciarulo, who all eventually got around the No. 1 of Tomac.

Out front, Anderson enjoyed a stress-free race to secure his third career moto win by a handful of seconds over Osborne. Barcia’s late charge saw him get around Webb for third, while Musquin also passed his teammate to grab fourth. Webb completed the top five. Tomac soldiered home in seventh.

The second and deciding 450 Class moto saw Osborne put himself at the head of the pack off the gate to claim the MotoSport.com Holeshot, with Cianciarulo right on his rear fender. In just his second moto in the 450 Class, last year’s 250 Class titleholder put the pressure on Osborne for the lead, which saw Cianciarulo move to the front of the field for the first time. Unfortunately, just a couple laps later he crashed and dropped out of contention, which moved Osborne back on top. Anderson got by Sexton to take over second, with Tomac lurking in fourth.

Osborne jumped out to a lead of a couple seconds on his teammate, while Tomac made the pass on Sexton for third and looked to pressure Anderson for second. The champ went to work on Anderson and his patience eventually paid off, taking over the runner-up spot from the opening moto winner. The remainder of the moto became a see-saw battle between Osborne and Tomac, continually trading momentum lap after lap. Whenever Tomac closed in, Osborne responded to pull back out. About a second separated them throughout the waning laps, and with two laps to go a slight bobble by Tomac gave Osborne the breathing room he needed. Osborne raced to his second career moto win a handful of seconds ahead of Tomac. After maintaining his hold of third for most of the moto, Anderson dropped several positions to sixth, which allowed Sexton to record his first moto podium in third.

Osborne’s charge in the final moto was enough to vault him to his first overall victory in the premier division (2-1), while Anderson parlayed his strong start into a runner-up effort (1-6). After a slow start to the day, Tomac’s strong finish helped him earn the final spot on the overall podium (7-2).

“I worked so hard to come back from injury, so it means a lot to be up here,” said Osborne. “I’m so grateful that we even have the opportunity to be here and race. I’m appreciative of all the hard work everyone put in to make this happen, because we’re in hard times right now. This track raced unbelievably today, and it showed why it’s so legendary.”

The win allowed Osborne to open up a seven-point lead in the 450 Class standings over Anderson, while Tomac sits 11 points back in third.

The opening 250 Class moto saw Monster Energy/Star/Yamaha Racing’s Justin Cooper emerge with the MotoSport.com Holeshot, leading a runaway of Star Yamahas with Ferrandis in second and Shane McElrath in third. Ferrandis charged hard on the opening lap and was able to get around his teammate to seize control of the moto lead. From there the Frenchman immediately started to put some distance over the rest of the field, eventually opening up a comfortable multi-second advantage that he would never relinquish.

With Ferrandis effectively running away with the moto, the focus shifted to the battle for second which turned into an intense three-rider battle between McElrath, Rockstar Energy Husqvarna Factory Racing’s RJ Hampshire, and GEICO Honda’s Jeremy Martin. This trio gave it their all, trying all kinds of different lines in a constant search for a passing opportunity. This allowed Hampshire to make the pass for second, but the battle waged on. In the end, Martin got the best of both McElrath and Hampshire, taking hold of second just past the halfway point of the 30-minutes-plus-two-laps moto. Hampshire was able to give chase to Martin, which allowed him to inch away from McElrath.

Ferrandis was impressive on his way to the Moto 1 win, nearly 20 seconds clear of Martin in second place. Hampshire finished in third, with McElrath fourth and JGRMX/Yoshimura/Suzuki’s Alex Martin in fifth.

As the 250 Class field roared out the gate for Moto 2 it was another MotoSport.com Holeshot for the Monster Energy/Star/Yamaha Racing squad, this time with McElrath jumping out to the early lead over Hampshire. Cooper started in third, just ahead of Alex Martin, with Ferrandis and Jeremy Martin in tow. A hungry Hampshire went on the attack early, but McElrath responded to the pressure to maintain his hold of the lead. As this battle for first continued, Ferrandis started to make his move forward.

The Frenchman was able to get by both Alex Martin and his teammate Cooper to move into podium position, and soon enough he was all over the lead duo. Realizing he needed to make something happen, Hampshire pulled the trigger on a pass for the lead and successfully made it stick, leaving McElrath to fend off Ferrandis, who moved into second a short time later. Ferrandis’ pace was simply too much and Hampshire was only able to withstand the challenge for a couple laps. The Frenchman moved into the top spot just past the halfway point and never looked back.

With Ferrandis in control of the moto the attention shifted to Jeremy Martin in his first Pro Motocross race since breaking his back during the 2018 season. Martin spent most of the moto just inside the top five, but he made a late charge to claw his way into podium position, passing both his brother, Alex, and McElrath.

Ferrandis’s comfort on the rough and rutty track was apparent and he made it look easy en route to a 1-1 sweep of the motos, taking the Moto 2 win by nearly 15 seconds over Hampshire, while Jeremy Martin followed in third.

It’s the seventh overall victory of Ferrandis’ career and gets the 2020 season off to the best start possible for the rider many consider to be the odds-on title favorite in the 250 Class. With their identical moto scores Hampshire and Martin ended in a tie for second, but by virtue of his better finish in the final moto Hampshire earned the tiebreaker to claim the runner-up spot. Martin earned the 34th podium finish of his career in third.

“It was a perfect day,” said Ferrandis. “When you don’t race for a long time you never know how you are going to be when you come back. But, getting good starts and a good set up on the bike makes it easier. I think if I can keep trying to win every time then maybe we can have a perfect season. That’s what I want to do. I’m just so happy with today. It couldn’t have been better.”

With his 1-1 effort, Ferrandis established an eight-point lead in the 250 Class standings over Hampshire and Martin, who sit tied for second.

The Lucas Oil Pro Motocross Championship will make its return to Loretta Lynn’s Ranch for the second of back-to-back rounds to open the 2020 season next weekend.

NOTE: When you click on the video, you establish a connection to YouTube / Google automatically, which can result in an undesired personal data exchange. Further information at: www.google.de/privacy 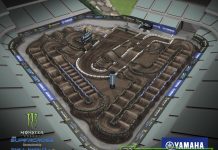 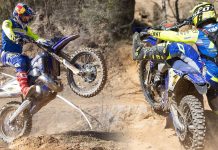 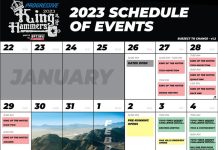 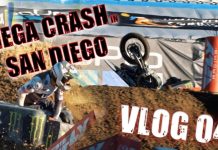 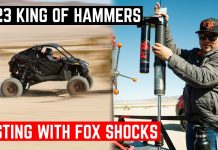 KING OF THE HAMMERS 2023: Casey Currie on FOX SHOCKS for KOH! 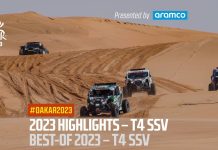 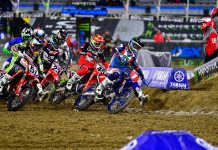 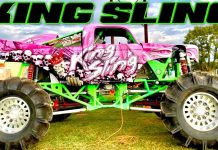 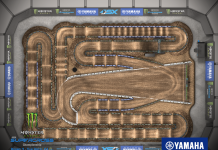