It is with much regret that we must inform you of the tragic death of Arnold Staal – rider #901 – from the Netherlands who was participating in the second day of the 2021 FIM International Six Days of Enduro (ISDE) held between Lombardy and Piedmont, Italy.

Arnold was a member of the MCCZ Club Team, competing in the Club Team Award category (C3).

The event organiser was notified by the Dutch Motorcycle Federation (KNMV) that their rider was unaccounted for and unfortunately when he was located he had already passed away.

The FIM (Fédération Internationale de Motocyclisme), the FMI (Federazione Motociclistica Italiana) and the ISDE Organising Committee join the entire motorcycling community in extending their condolences to his family and friends at this extremely sad and difficult time.

Continuing what they started on day one of the ninety-fifth running of the FIM International Six Days of Enduro (ISDE), Italy proved on day two to again be the nation to beat in both the World Trophy and Junior World Trophy classes. With close battles across all categories, the USA extended their lead to five minutes in the Women’s World Trophy competition while the day’s overall fastest competitor was again Josep Garcia (KTM).

Knowing what to expect as they competed on the same trails and, with one notable exception, the same special tests as on day one, day two was dry and dusty for all competitors. Just as on day one, nothing significantly affected any of the leading nation’s top riders, meaning it was all about the important special test performances.

With all of their World Trophy team riders finishing inside the top ten of the overall individual classification on day two, Italy stretched their overall lead in the World Trophy standings to one minute and twenty-two seconds. With Andrea Verona (GASGAS) the event’s fastest Enduro1 class rider, and Matteo Cavallo (TM) the event’s fastest Enduro 3 competitor, together with solid performances from Thomas Oldrati (Honda), and Davide Guarneri (Fantic), Italy served up another impressive team performance.

Boosted by the fact Josep Garcia (KTM) ended day two as the overall fastest rider, Spain also enjoyed a positive second day of competition. Not allowing Italy to get too far ahead, Spain are very much ensuring they keep themselves in the running, as the event nears its mid-way point.

“My goal for today was to be more aggressive than I was on day one,” commented Spain’s Josep Garcia at the end of the day. “I wasn’t quite myself on day one. I pushed hard today and it worked really well. It was a good day for me and also team Spain. All of our riders are going well. If I can stay like this all week, I will be happy.”

Rounding out the top three in the World Trophy team competition, the USA finished third on day two to hold third overall while France and Sweden rounded out the top five.

Extending their lead in the Junior World Trophy competition by a little over forty seconds, Italy were again the team to beat, but were pushed hard by an on-form USA. With Matteo Pavoni (TM) and Lorenzo Macoritto (TM) respectively sixth and seventh in the day’s overall individual results, together with Manolo Morettini (KTM), Italy stepped closer to the Junior World trophy title.

With Dante Oliveira (KTM) mixing it with the World Trophy team riders near the top of the overall results on day two, the USA moved ahead of France, and again delivered a strong result. From two seconds down on France, the USA now sit forty-two seconds ahead. Behind Italy, USA, and France, Sweden hold fourth ahead of Spain and Finland.

Close to six minutes ahead in the Women’s World Trophy category, the USA extended their WWT team lead to complete another day untroubled. Behind them, Spain, who had finished as their closest challengers on day one, dropped to third as Great Britain jumped into the runner-up spot. Less than thirty seconds separate Spain and Great Britain after two full days of competition.

“I was a little bit nervous this morning, starting up front, having taken advantage of a good starting position on day one. I tried to do my own race, just focusing on my own riding. It’s great to be up there with the top guys and near the front in E1. I just feel good, and I want to do my best for the team,” explained Persson.”

All finishing inside the overall top ten, Lorenzo Macoritto (TM), Davide Guarneri (Fantic) and Theo Espinasse (Honda) round out the top five in Enduro1.

There was never any question who would top the Enduro2 class on day two as Josep Garcia (KTM) upped his determination levels, and his speed, to dominate both his class and the overall. Finishing comfortably ahead of USA’s Taylor Robert (KTM), Garcia set a pace no one could get close to. Thomas Oldrati (Honda) was the third fastest E2 class rider.

At the top of the Enduro 3 classification TM and Italy teammates Matteo Cavallo and Matteo Pavoni finished three seconds apart and ahead of Spain’s Jaume Betriu (KTM).

Just as she did on day one, USA’s Brandy Richards was comfortably the fastest female competitor.

The FIM International Six Days of Enduro continues on day three as competitors take on the one hundred and ninety five-kilometres Valle Staffora lap for the third and final time. 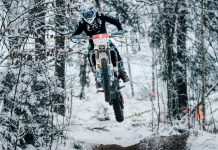 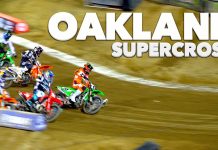 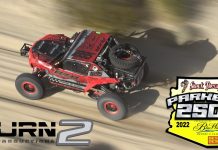 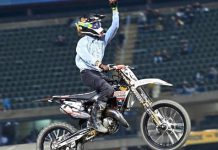 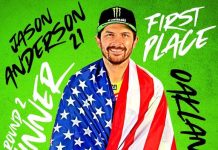 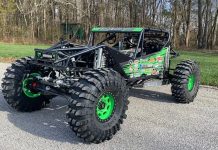