After the incredibly violent storms on Day 1, it was a total turn around for Sunday, with hot weather and sunshine the order of the day. However, the race conditions on this second day of the Acerbis Grand Prix of Italy were still very tricky, with waterlogged tests still very slippery and rutted. Physically and emotionally drained after Saturday’s action, the riders still gave us an absolutely unforgettable race day.

Alex SALVINI (ITA-Honda) proved once again that he is still one of the top guns in Enduro, shrugging off the pain of his dislocated shoulder, ‚Rocky‘ won his home GP in front a fervent crowd. This victory meant so much for the Honda rider, as he scored maximum points in E2 and EnduroGP. Feeling emotional at the finish line, SALVINI collapsed, leaning on his ‚tifosi‘ (home fans) for support. The rider from Bologna took victory by a considerable margin over his opponents – he was more than 42 seconds ahead of runner-up: Loïc LARRIEU (FRA-TM).

The factory TM rider seemed much more comfortable in the sun than in the rain, he won 5 tests today (4 Cross and 1 Enduro). In fact, he has been very consistent on all terrains since the start of the year, and despite losing out to SALVINI, these latest good results should give him an extra boost before the final two rounds.

One of the most impressive performances of the day came from Antoine BASSET (FRA-Husqvarna). Riding well and with no real mistakes, BASSET took 3rd step on the EnduroGP podium. He was in the Top 5 of every test on Sunday, and the Frenchman may well have turned a corner before the summer break.

Steve HOLCOMBE (GBR-Beta) was the first rider to take the reins on Sunday, leading at the end of the first lap. After relinquishing the lead, he managed to stay on the podium for most of the day, but in the end his virus got the better of him and HOLCOMBE dropped down to 4th at the end of the day. However, he can be very satisfied and proud of his overall performance in recent weeks as his health has suffered.

Danny MCCANNEY (GBR-TM) had a contrasting Day 2, the overall winner on Saturday lost a full minute on the first test of the day when he hit a rock and the chain came off his TM Racing machine. This unfortunate moment cost him over one minute and he dropped to 21st place! He fought hard all day to finally finish an amazing 5th in the overall standings.

By just 4 points, Brad FREEMAN (GBR-Beta) leaves Italy with the golden plate still affixed on the front of his Beta Boano bike. But without showing extreme courage and putting himself through excruciating pain, he would have certainly lost this lead. FREEMAN finished 10th on Day 2, and even won the last run through the Technomousse Extreme Test. The Brit will go to Turin on Tuesday to undergo surgery for the fractured collarbone he has been suffering with since the Grand Prix of Greece. The summer break has come at just the right time for the brave Beta Boano rider.

On this thrilling second day, there was a reshuffle in many of the classes and lots of epic battles too! Let’s take a look at each class…

In E1, Thomas OLDRATI (ITA-Honda) won in front of his home crowd. As a long standing regular rider in World Enduro, he has amassed a lot of fans, and they were happy to see him on the top step. Completing the podium were Rudy MORONI (ITA-KTM) and Brad FREEMAN.

The hero of the day in the Italian crowd’s hearts was Alex SALVINI (ITA-Honda), who took a fantastic win as well as the lead of the E2 category. French duo Loic LARRIEU and Antoine BASSET rounded off the top three.

Amazingly, Steve HOLCOMBE signed off another win in E3, at the expense of MCCANNEY and Anthony GESLIN (FRA-Beta).

The title appeared to belong to Andrea VERONA (ITA-TM) from the start of the season as the flawless Italian rider dominated the first 5 Grand Prix of the year. Winning 9 out of 10 days of racing so far, the youngster kept the competitive Junior class at bay in all conditions and over all terrains. A little like his compatriot, Matteo CAVALLO (ITA-Sherco), did in 2018, VERONA has proven that he will be a star of the future.

Theo ESPINASSE (FRA-Sherco) saw the victory pass him by as he crashed in the last Maxxis Cross test of the day. Disappointed to miss out, ESPINASSE promises to win one by the end of 2019!

Although the Frenchman will have to fight with Enric FRANCISCO (ESP-KTM), who has only one goal for the remainder of the season; to defeat „The Shark”, Andrea VERONA. Third on Day 2, the Spaniard was satisfied to have been able to finish such a difficult GP on the podium.
Naturally, the J1 class was won by Andrea VERONA, ahead of ESPINASSE. Belgium’s impressive Antoine MAGAIN (BEL-KTM) took the 3rd step on the podium.

In the Youth Cup 125cc category Claudio SPANU (ITA-Husqvarna) took his first World victory by just 0.4 of a second over the rider who had beaten him by 06. of a second in the Spanish GP: Matteo PAVONI (ITA-Beta)! The podium was 100% Italian since SPANU and PAVONI were joined by an extremely promising Manolo MORETTINI (ITA-KTM). Is the future of Enduro going to be Italian?

In the Champion Lubes Enduro Open World Cup, the winners of the day are very similar to those of the day before! David KNIGHT (GBR-TM) took another top step in the Senior class, ahead of Werner MÜLLER (AUT-KTM) and local man, Andrea BELOTTI (ITA-KTM). Goncalo REIS (POR-Gas Gas) made his mark in Open 2-Stroke by winning both days of the Acerbis GP of Italy, ahead of Benet GOMEZ (ESP-Gas Gas) and Nico RANBOW (GER-KTM). In the Open 4-Stroke class, Robert RIEDEL (GER-KTM) did the double. Thomas ELWOOD (GBR-Kawasaki) and Pietro Enrico COLLOVIGH (ITA-Sherco) filled out the podium.

Once again the ‚Valli Bergamasche‘ did not disappoint, not only living up to expections – but exceeding them! This classic Italian event gave us two fantastic days of racing, and a wild party atmosphere! The huge crowds were thrilled by the stars of EnduroGP all weekend long.
Now it’s time for the riders and paddock personnel to have a well deserved rest….
We’ll be back in action on 14th and 15th of September for the Czech Republic Grand Prix in the Uhlirske Janovice region.

Alex SALVINI (ITA-Honda): „Last night I was so much in pain that I didn’t know if I would be able to ride today. The thought of winning here in Italy was very far from my mind! I really have to give thanks to all the fans who gave me a lot of strength and courage. I owe them that win, and thank you to my team for this fantastic result.”

Loïc LARRIEU (FRA-TM): „Second today is a result that has done a lot of good for my championship situation, I fought a lot and I was rewarded. It’s good for morale and I can tell you that I will keep up that spirit for the remainder of the season.”

Steve HOLCOMBE (GBR-Beta): „The weekend is over, and I’m still wondering if I took the right decision to ride. But when I see my results and know that it’s still possible to win the title, I am happy with my choice to come to Italy. Now I need complete rest, I will not do anything physical until my body has recovered from this viral infection.”

Brad FREEMAN (GBR-Beta): „I’m leaving here with the gold plate, and that’s the only thing that matters to me. I counted every kilometre that separated me from the end of this Grand Prix. My collarbone is broken into two pieces, and the pain has been excruciating. Now I need to heal up and rest, I want to end this season on top form.”

Andrea VERONA (ITA-TM): „I realised in the final corners of the last test what I had just achieved. I want to thank my team and my family for all the good times shared together. This title is only the beginning, I want my Italian generation of riders to become the best in the world in all classes.” 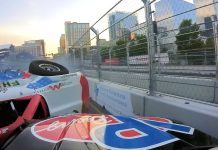 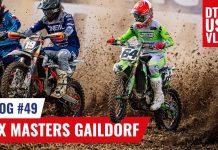 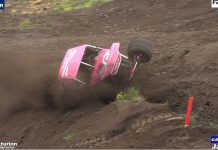 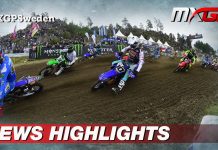 VIDEO: MXGP of SWEDEN – Round 15: VIDEO Highlights + Standings + GoPro Onboard + BACK on the podium! 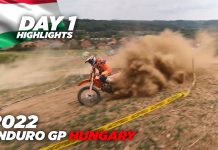 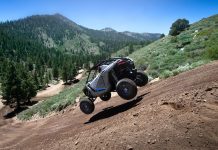 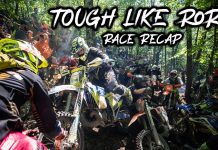 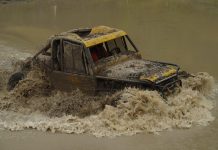